By January of their senior year, my parents were married. Although I didn't come along for another year-and-a-half, parenthood was a constant struggle for them. They held down steady jobs while juggling the difficult balance of being young adults and becoming young parents. Desperate for guidance and support, they turned to my grandmothers who lived nearby.

Although my two grandmothers only lived a few miles apart, they were rarely in the same room together. Remarkable in their own right, both stepped in to make sure I was well taken care of. By doing so, considerable pressure was lifted from the shoulders of my grateful parents. 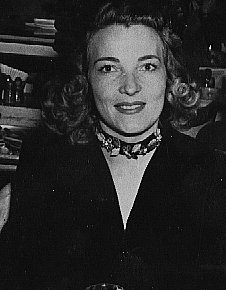 My maternal grandmother, Dorothy, had been born into poverty. As a young woman, she made the journey from Colorado to California to embark on a new life after a first rocky marriage came to a necessary end. She met my grandfather when she waited on him while working as a sales clerk in a department store in Los Angeles. Within the first few years of their marriage, my grandfather created an empire of sorts, through savvy business decisions and successful property purchases. Their new wealth allowed them to live a very luxurious life that soon consisted of jet setting, cocktail parties, and socializing with politicians and the Hollywood crowd. It wasn't long before they were able to purchase a large, beautiful home atop the hills of Torrance, surrounded by an affluent area called Palos Verdes, with Redondo Beach within close reach. 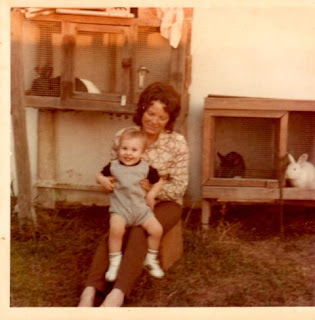 My paternal grandmother, Tina, was a Southern woman at heart. Leaving everything and everyone she knew behind, my grandfather moved their family from the South to the working-class town of Carson, California. There, she did whatever she had to do in order to put food on the table for their three children. This included waiting on tables and working in an assembly line at a local airplane factory. Double shifts and long hours were not uncommon for my grandmother. During what little time off she had, bowling was her favorite pastime.

The time I spent with my two grandmothers differed in activities and experiences. My grandmother Dorothy was a very creative woman. In me, she recognized a shared loved for storytelling. Our days were filled with imaginative tea parties, watching soap operas, and crafting elaborate tales together. At night, we would perform living room shows for an audience of none. She would play the piano while I would dance and sing. After our evening ritual of eating Mallomars, we would crawl into bed only to watch my grandmother's favorite television shows. She introduced me to the world of Sonny and Cher, Carol Burnett, and my favorite, Lucille Ball. Although I was young, I recognized the look of envy on my grandmother's face once the TV was turned off and the day came to a quiet end. I wondered if my grandmother Dorothy secretly wanted to trade lives with one of the performers she loved to watch. It was on one of these nights that she gave me a piece of advice I’ve held on to since: “If an opportunity doesn’t exist, you have to create one for yourself.”

My grandmother Tina filled my young ears with constant sage advice, including her favorite saying, “You better live each day as if it were your last because someday it’s gonna be.” She taught me many practical things including how to treat a bee sting by rubbing tobacco into your skin, how to win every hand of gin rummy you played, how to find the best bowling ball in the bowling alley, and how to make things by hand. “If you make it yourself, it makes it more special,” she would say during our long macramé sessions.

As a child, I often wondered why my two grandmothers weren’t best friends. To me, they were the wisest, most fascinating people I knew. I posed the question to my parents and was met with stares of awkwardness and uncertainty.

“They live so close,” I said. “How come they don’t visit with each other?”

My mother smiled and said, “They come from different worlds.” 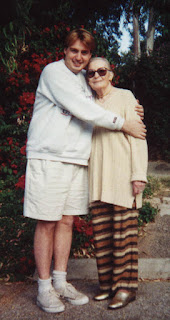 Years later after my grandmother Dorothy passed away, I visited my grandmother Tina, who was happy to be back in the South and living near Mobile, Alabama. By then she was a widow and struggling with many health issues. I loved our visits because of the knowledge from them I always gained.

“Your grandmother,” she said, taking me by surprise. “She was a beautiful woman. Always so glamorous and kind.”

“Did you know her very well?” I asked.

“No,” my grandmother replied, “but we wanted to know each other.”

“I think you would’ve been friends,” I said.

My grandmother shrugged and replied, “Maybe we were.”

It wasn’t long after that when my grandmother Tina passed away.

To say I miss them is an understatement. Yet, their spirits live on in many things I do and say, especially in the variations of their advice I pass on to anyone who will listen.

While these two women didn’t get to become friends while they were alive, I like to think they are together now. Maybe my grandmother Dorothy is insisting on co-hosting a tea party or making plans for them to become a comedic duo just to entertain those who are with them. Maybe my grandmother Tina is giving lessons on how to create quality macramé or how to make it through a long day of being on your feet without ever forgetting to smile. 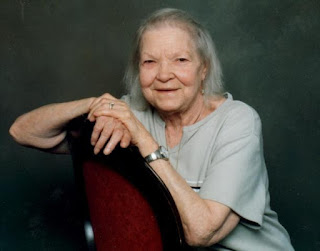 Or maybe they’re playing a long game of gin rummy that’s filled with laughter and stories about what might have been.

Whatever they’re doing, I imagine they’re watching out for each other, secretly planning to let the other one win.
at May 08, 2019